EP. 6: WHAT DOESN’T KILL YOU: A TALK WITH SCOTT CARNEY 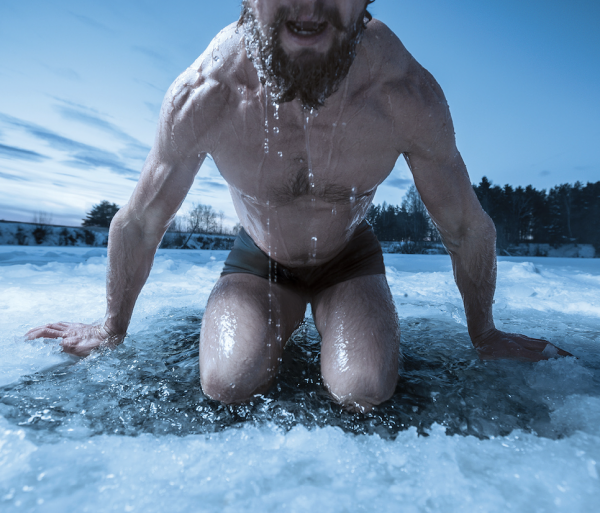 When you open Scott Carney’s new book you get this: “WARNING! No one should attempt any of these methods or practices without appropriate experience, training, fitness level, doctor approval and supervision…” You quickly learn why. It documents people using unusual training techniques in very extreme conditions. Scott, an investigative journalist, is out to prove the man (Wim Hoff) teaching this stuff is a charlatan and his techniques destined to kill people. Instead, Scott winds up climbing a freezing Mount Kilimanjaro practically naked (where between 5 and 10 people a year die trekking up WITH clothes) among other things and helps put Wim Hoff on the US map as the guru he is today. On this podcast (see show notes below) Scott talks about his experiences meeting Wim and what he discovered about his own physiology. “In the evolutionary process, it was our bodies that were the technology that let us survive and adapt to the world around us. Now, with no real physical challenges to overcome, no frontier to press or threat to flee from, the humans of this millennium or overstuffed, overheated and under stimulated.” Scott Carney (scottcarney.com) has worked in some of the most dangerous and unlikely corners of the world. His work has been the subject of a variety of radio and television programs, including NPR and National Geographic TV. In 2010, he won the Payne Award for Ethics in Journalism for his story “Meet the Parents,” which tracked an international kidnapping-to-adoption ring. Carney has spent extensive time in South Asia and speaks Hindi. His new book, and the topic of our conversation, “What Doesn’t Kill Us” is a New York Times bestseller. Here are just a few things I learned from talking with Scott: 1. IT’S NOT JUST ABOUT CLIMATE EXPOSURE,  IT’S EXPLORING WHAT YOU’RE CAPABLE OF  Although he set out as a skeptic,  he wound up not only validating some of the methods work but also that he could do more than he thought he could. Limits are, for the most part, self-imposed and should be doubted within reason.  Because you’re not used to doing things that push you out of your comfort zone your mind resists and starts ringing alarm bells very early even when you are okay. Once you push through, you’ve then expanded your concept of what is possible.  2. MIND OVER MATTER IS A THING, AND REHEARSING IS A KEY  One of the more interesting phenomena that we talk about is what Scott calls “the wedge.” “So let’s say the cold, this could also be heat, this could also be altitude, this could be a number of different factors, and knowing in advance what sort of reaction that your body is going to have to that response, and then what you do…you resist having that response….you’re putting this sort of wedge between the environment and your autonomic functions by using your conscious thoughts” Scott states that using this mental process along with breath work and visualization – he would think of an image of a campfire or dragon in his belly – prior to very frigid temperature exposure, he could warm himself up. 3. WE CAN GET TO OUR MINDS THROUGH OUR BODIES There seems to be phenomena where people who radically challenge their bodies in some way, tend to experience carry over to their mental/emotional states. The mind-body connection runs both ways.

We can use the environment on our bodies to send signals to train our brains that we can handle stressors, we can take it. As soon as you start voluntarily doing difficult things, everything else in life can get easier.

It’s a fascinating book and Scott’s an interesting guy, give it a listen.  You’ll really enjoy this one. Show Notes [00:05:01] His background in hardcore investigative journalism and what led to the book [00:06:34] He talks about Wim Hoff’s superhuman feats [00:08:57] The first thing he saw that blew his mind. [00:11:15] Meeting Wim Hoff, what he’s really like [00:13:01] Hiking up a mountain, in his bathing suit, in 2 degrees Fahrenheit [00:15:52] How modernity is lowering our physical resilience [00:16:49] Key aspects of the Wim Hoff training method [00:17:11] How to “hack” your body for greater breath control [00:26:26] The story of Wim consciously fighting off the effects of an endotoxin [00:31:04] Fighting off rheumatoid arthritis [00:45:01] The third pillar of human health [00:54:11] Scott talks about The Wedge, the heart of the method What’s your favorite quote or lesson from this episode? Please let me know by leaving a reply/comment below.
Share on facebook
Facebook
Share on twitter
Twitter
Share on linkedin
LinkedIn