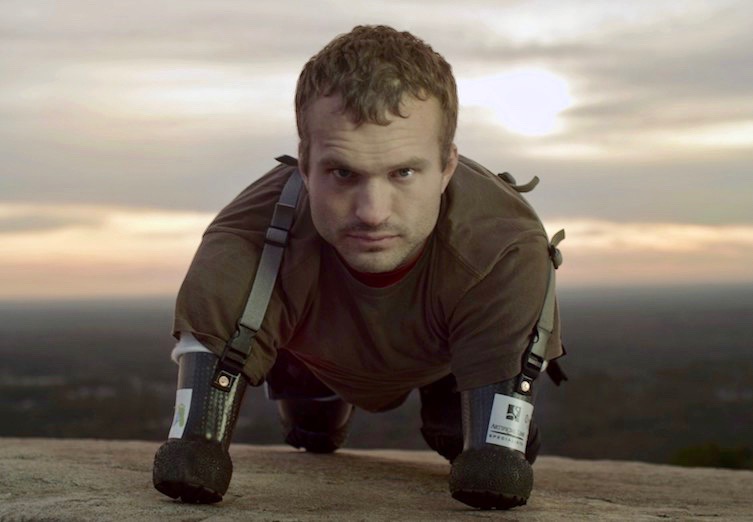 “Know your limits but never stop trying to break them” Kyle Maynard Imagine the challenge everyday tasks become if you were missing just one of your limbs, say an arm or a leg. Now imagine effectively not having any. Now, after you learn to surmount the subsequent complexity and effort in being autonomous with personal hygiene, getting dressed, eating, travel, etc, try to compete in high school football, wrestling, then attempt to climb – check that, bear crawl – a mountain, wait, make it Mt. Kilimanjaro. Yeah, this is just SOME of what Kyle Maynard has accomplished. Listen as I interview quadruple congenital amputee Kyle Maynard, who has competed in more extreme sports than most able bodied people. Kyle is an entrepreneur, speaker and best-selling author of the book “No Excuses“. He was the focus of a moving ESPN documentary called “A Fighting Chance,” has appeared on Oprah, HBO Sports and ABC’s 20/20. He was on the University of Georgia wrestling team, he is an ESPY award winner, the first quadruple amputee to climb to the top of the highest mountain in Africa at 19,340 feet, and the summit of Argentina’s Mount Aconcagua at 22,838 feet. In my interview with Kyle, he describes some of the darker periods of his life when he wasn’t sure if he wanted to continue on. He says, “I’m fortunate and lucky at the fact that I didn’t make a more permanent decision to end my life at that point.” We talk about out how the environment Kyle grew up influenced his resilient mindset despite his physical setbacks. His parents “Jedi-mind tricked” him into believing that he was capable of doing the same things his able-bodied peers could do – a projected prediction that caused itself to come true.  Every day we’re faced with a choice – do we want to live within the confines we’ve set for ourselves or do we want to try to surpass them?

“If we’re fixed to what we know, we can’t grow. I used to say anything is possible, but I don’t really believe that. I believe a better way to state that is to know your limits but never stop trying to break them. But that only happens by, ironically, not knowing your limits.”

Kyle’s story serves as a reminder that we never know what we are capable of until we try and push.  Show Notes 05:28 How he learned to types 50 words per minute, yeah, without hands 06:43 Kyles first experiences in learning resilience 07:39 Learning how to wrestle, an education in failure 09:57 How he modified his wrestling goal to set him up to win 11:39 For BJJ grappling nerds only; how to do a guard without legs 13:48 He talks about the power of belief 18:25: Why he thinks NOT having arms and legs is his greatest strength 23:47 His parents “bounce” moment 26:23 Great story where he talks about the first time he dressed himself 34:09 When the worst period in his life turned into the best period
Share on facebook
Facebook
Share on twitter
Twitter
Share on linkedin
LinkedIn